This is precision shooting with 22 LR rifles from the shooting bench.

The course of fire consists of four target cards.

SCORING
Scoring is the opposite of most competitions. Scoring is based on the worst edge scoring method. A bullet hole that breaks the outside edge of a line is given the lower value. If in doubt, review the Scoring Example on the upper left corner of the target.

Any shot entirely within the outer edge of the center ring = 100 points. 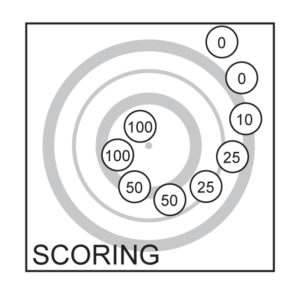 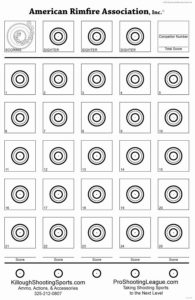